“The South Regional Office (SRO), as well as the entire staff of TCPD, are in constant preparation for this digital transformation.”  – TCPD Executive

Recently, the TCPD’s Executive Team took the opportunity to discuss these latest developments at the Division, “From the Office of the Director.”

MPD: The DevelopTT system was launched in March 2020 and was most recently expanded to TCPD’s South Regional Office (SRO) on June 28th, 2021. How would you assess the performance of the online platform thus far? And what has the feedback from stakeholders been like?

TCPD Executive: All transitions have their challenges, and it’s no different with the implementation and integration of this automated system. The Division is constantly working with the consultants to make the system as efficient as possible. The feedback from our stakeholders has definitely been positive as they become more aware of the online system and the ease of submissions and tracking thereof.

MPD: What are the biggest benefits of this DevelopTT platform to internal and external stakeholders?

For TCPD’s staff, the digital platform results in paperless submissions, concurrent processing and also allows for accountability and transparency in the approval process.

MPD: The pilot of the DevelopTT system was first implemented in the Port of Spain area before branching out to the rest of the North Region and subsequently Central. Why was South chosen as the next destination?

TCPD Executive: Pursuant to the Division’s ongoing digitization programme, the SRO was in a state of readiness to adopt the use of the digital platform.

“The feedback from our stakeholders has definitely been positive as they become more aware of the online system and the ease of submissions and tracking thereof.”

MPD: Does the South Regional Office receive the most applications when compared to TCPD’s other regional offices?

TCPD Executive: In addition to being in high demand by the public as they are essential to tax exemptions and mortgages/loans process at financial institutions, the said submissions provide an immediate training platform for the staff of the SRO. Once the SRO’s records are fully digitized, all other submissions would be done digitally and it is anticipated that the transition will run smoothly.

MPD: When can prospective DevelopTT users in the South Region expect the Planning Permission e-Service to be integrated in that region?

TCPD Executive: The Division envisages that the Planning Permission e-Service will be integrated into the DevelopTT platform for the SRO by January 2022.

MPD: Any potential dates or timeframe for when the East and Tobago Regional Offices will be integrated into the DevelopTT platform?

TCPD Executive: Such timelines are dependent on the Division’s ability to procure the requisite equipment and office ICT infrastructure.

MPD: Is the SRO ready for this digital transformation?

TCPD Executive: The SRO, as well as the entire staff of TCPD, are in constant preparation for this digital transformation.

Editor’s Note: As of July 2nd 2021, DevelopTT has received 1924 applications via the online system, while 2217 persons have registered for the use of the system. 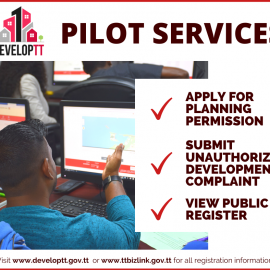 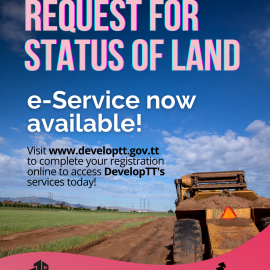 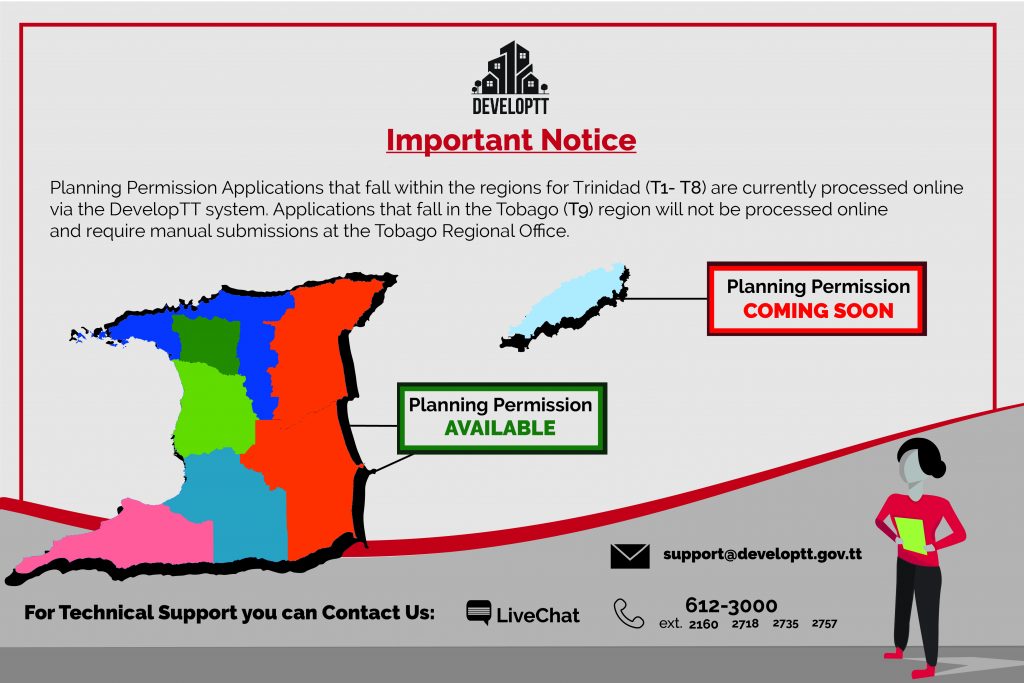